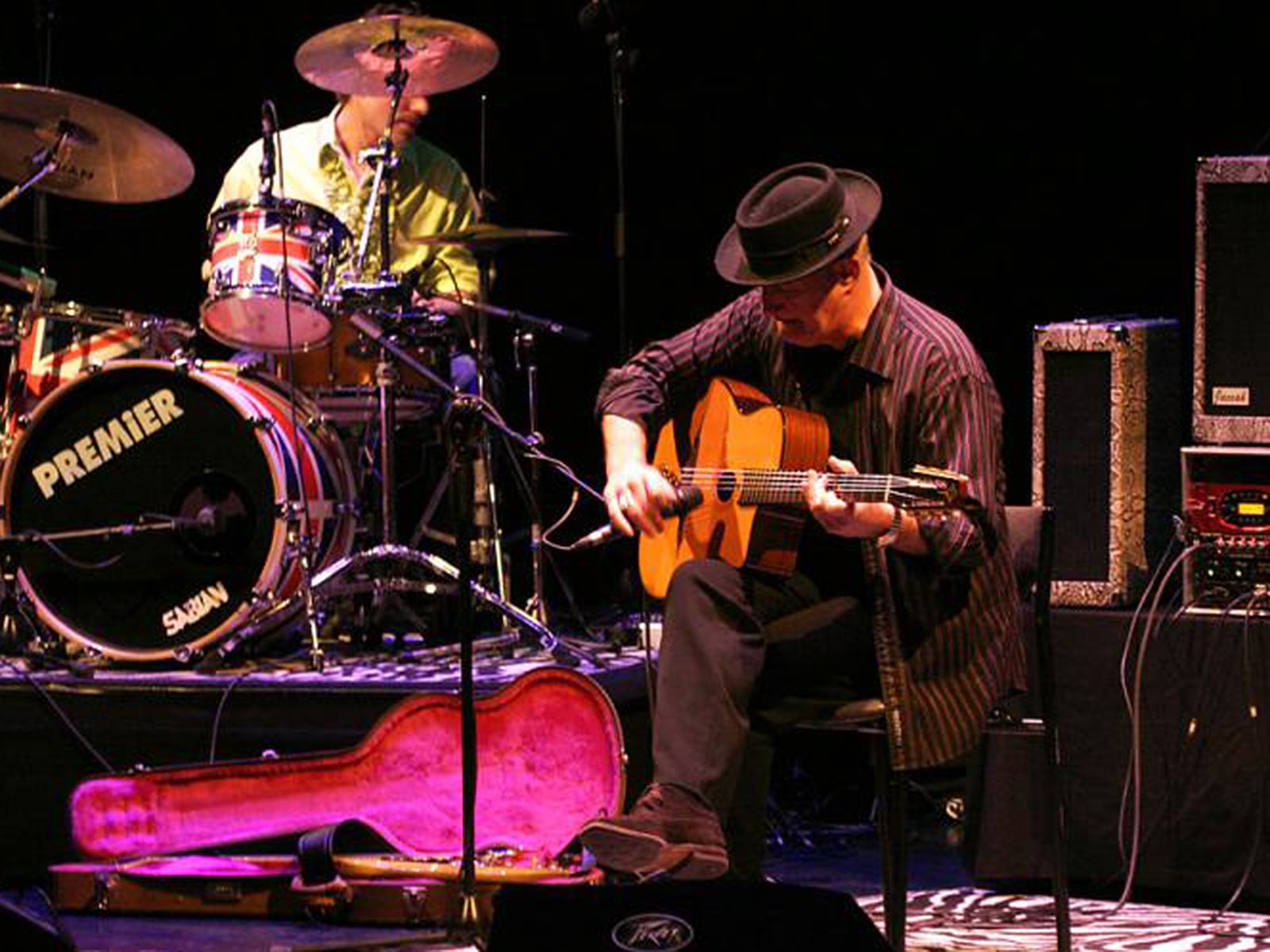 On 25th October 2019, Jan Akkerman will release his first studio album since 2011 and it marks his debut on the Mascot Label Group.

‘Close Beauty’ is the return of the distinctive ‘Akkerman-sound’, which runs like a thread through twelve compositions; acoustic, electric, solo performing and accompanied by his own band, Marijn van den Berg (drums), David de Marez Oyens (bass) and Coen Molenaar (keyboards).

Akkerman gained international fame with Focus from 1969 – 1976 where he recorded a number of breakout albums; ‘Focus Plays Focus / In And Out Of Focus’ (1970), ‘Focus II/Moving Waves’ (1971) which reached the album chart in the UK #2, Netherlands #4 and #8 in the US going Gold. This album spawned the mega-hit ‘Hocus Pocus’ which reached #9 on the US Billboard Chart, #12 in The Netherlands and #20 in the UK singles chart and the song has gone on to appear on numerous TV shows such as Top Gear, Saxondale, Skins, Supernatural, Vinyl, My Name is Earl and Shameless as well we the 2007 film Hot Fuzz, 2014 remake of Robocop, 2017s Baby Driver and numerous TV advertisements including Nike. The song has been covered by a number of other artists including Iron Maiden, Marillion, Helloween, Gary Hoey, The Vandals and Vanessa-Mae. Focus toured Europe and the US including shows with Gentle Giant, Frank Zappa and Yes. In 1973 Melody Maker declared him the ‘Best guitarist of the world’, above Eric Clapton and Jimmy Page.

Including live albums, Jan has released 30 solo albums and has collaborated with a number of musicians including Alan Price (The Animals), Jack Bruce and Ice T and also counts fans in Brian May who said Akkerman was “totally a hero of mine, there are some people in life that no matter how old you are, you feel nervous if you meet someone, he’s one of those, he’s a real role model”. B.B. King has also talked highly of him saying, “How can you forget a guy like Jan, usually with people that are as great as he is, you know of them, but you don’t always get to know them or their music, but you know their reputation. The nights that we played together was great, I wish I could play the things that he did.” Whilst Yes guitarist Peter Banks has also lauded him calling him “an almost perfectly formed musician, his classical playing was tremendous and his improvising was second to none.”

‘Close Beauty’ can be considered as one of Jan’s most varied works, while this record is his first album in almost 30 years that also gets a vinyl release. The album took well over a year to complete and talking about it Akkerman says, “The title was inspired from a simple notion, that when you are too close to an object you cannot see the real value. The same applies to music.” From the panoramic sound of ‘Beyond The Horizon’, ‘Tommy’s Anniversary’ and ‘Meanwhile In St. Tropez’, the melancholy of ‘Passagaglia’ and ‘Reunion’ to the fun of playing in ‘Good Body Every Evening’ and the sophisticated opening track ‘Spiritual Privacy’, ‘Close Beauty’ is hard to categorize, in the best Akkerman tradition. Talking about the new album, Jan says: ‘I’ve always been able to tell that none of my albums sound the same. Exploring new things is something that I’d always wanted to do. Harmonica player Toots Thielemans once told me: ‘your timing, that’s your signature, your autogram’. I consider ‘Close Beauty’ exactly like that. If you stand very close to a cow, you can’t tell it’s a cow, after all.