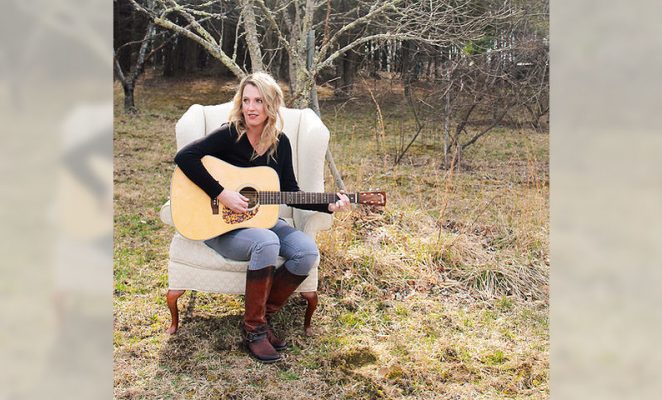 Originally from Florida, now making her home in the Virginia Mountains Amanda Cook acquired a love of bluegrass from her father who played banjo throughout her childhood.

In early 2007, Amanda formed bluegrass group High Cotton with her father and received her first taste of performing, fueling a fire to continue on a professional level.

In 2013, determined to create her own sound, Amanda stepped out on her own and released her first solo album One Stop Along the Road. The project made it to the top 150 Roots Music Bluegrass Album Charts for 2014 and 2015 (#61 for 2015 #56 for 2014). The self-released album also brought Amanda significant regional attention and furthered the desire to grow her brand, resulting in the addition of a full touring band.

In early 2017, Amanda signed with Mountain Fever Records and recorded her debut album on the label Deep Water. Amanda has created quite a loyal fan-base through her palpable delivery of a soul-wrenching song. And her light-hearted, down-to-earth style helps her create an undeniably strong connection with her audience.

In late 2018, Amanda signed a long term 7 year, 5 album contract with Mountain Fever. Her 2nd project with Mountain Fever, Point of No Return was release April of 2019. Blazing into 2020, Amanda and her amazing band released a hard-driving bluegrass tune Get on Board, February 7th. Her newest project Narrowing the Gap will be released summer of 2020!!!!

“If fresh modern bluegrass mixed with an equally vibrant country voice is your thing then Amanda Cook’s Point of No Return is sure to satisfy.” – Americana Music Show