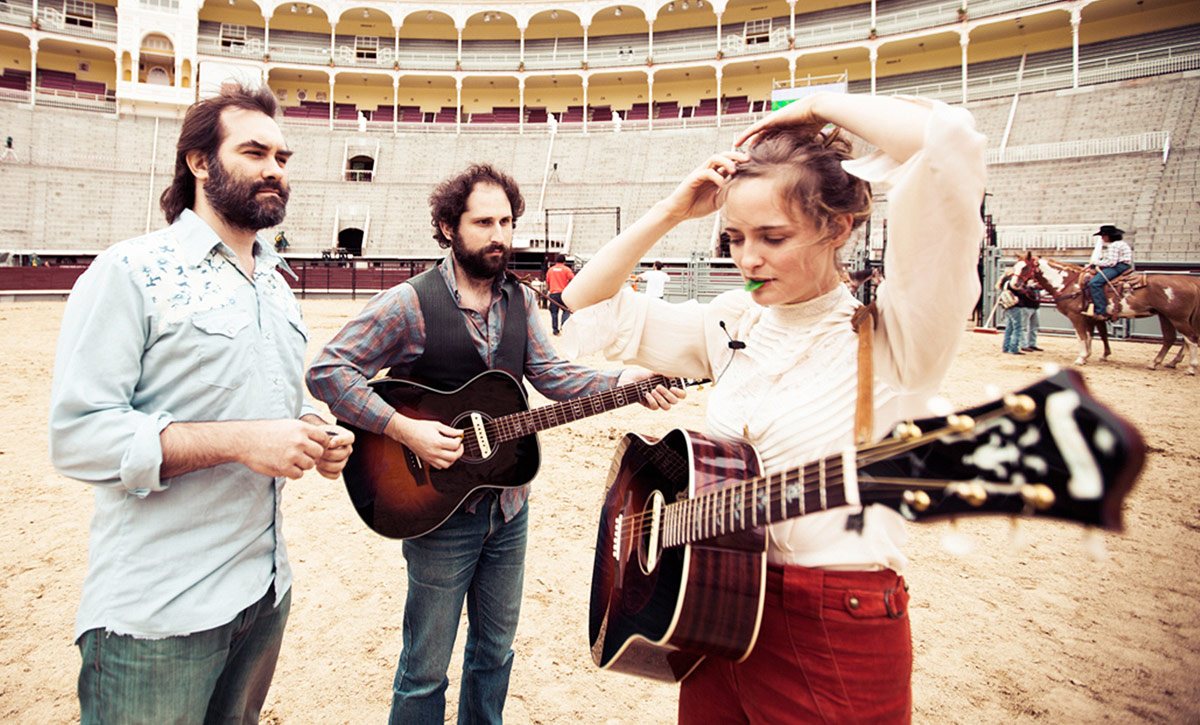 Dawn Landes (born December 5, 1980) is an American singer-songwriter and musician. She is originally from around Louisville, Kentucky but spent many years living and performing in Brooklyn, New York. As a recording artist she has released five full-length albums: dawn’s music (2005), Fireproof (2008), Sweetheart Rodeo (2010), Bluebird (2014) and Meet Me At The River (2018) as well as five EPs: Straight Lines (2006), Two Three Four (2006), Mal Habillée (2012), Covers EP (2014) and Desert Songs (2015). In support of her releases, Landes has toured extensively in the US, Europe and around the world, often sharing the stage with artists such as Ray Lamontagne, Feist, Andrew Bird, José González, The Weakerthans, Midlake, Suzanne Vega, and Sufjan Stevens.

As an instrumentalist, she has toured as part of New York City American roots music band Hem. and Sufjan Stevens’ touring band (2015-2016). A producer and engineer, she worked at Stratosphere Sound in New York City and at Philip Glass’ own personal recording studio. In 2007 Landes helped found Saltlands Studio in Brooklyn, NY. She has collaborated with contemporaries like Justin Townes Earle, Will Oldham and Josh Ritter in the studio. Her songs have been featured in popular films and TV shows, including The Good Wife, Bored to Death, Skins, House, Gossip Girl and United States of Tara. She composed original scores for two feature films Blackbird and Familiar Strangers and wrote the end credit song for Savage Grace starring Julianne Moore. Landes has appeared with The American Songbook Series, Boston Pops, TED and in 2012 with the NYC Ballet at the Lincoln Center for the Benjamin Millepied ballet “Two Hearts” singing a ballad entitled “The Brown Girl” as part of composer Nico Muhly’s score.

In June 2012, she released Mal Habillée, a collection of original French songs in the style of Ye-Ye. It features guest vocals by Matthew Caws (Nada Surf) and Tunde Adebimpe (TV on the Radio) and an interactive ebook with illustrations by the artist Danica Novgorodoff to accompany the text. In February 2014, she released Bluebird which features guest appearances by Norah Jones and others Bluebird won the 2015 14th Annual Independent Music Awards for ‘”Folk/Singer-Songwriter Album of the Year”.

Landes is at work on a musical called ROW with book-writer Daniel Goldstein, under commission from New York Voices. In 2015 she presented a Ted Talk on the musical subject, transatlantic rower, Tori Murden McClure. Landes also performs as a member of all-girl trio The Bandana Splits. Landes was once married to musician Josh Ritter, with whom she also toured.