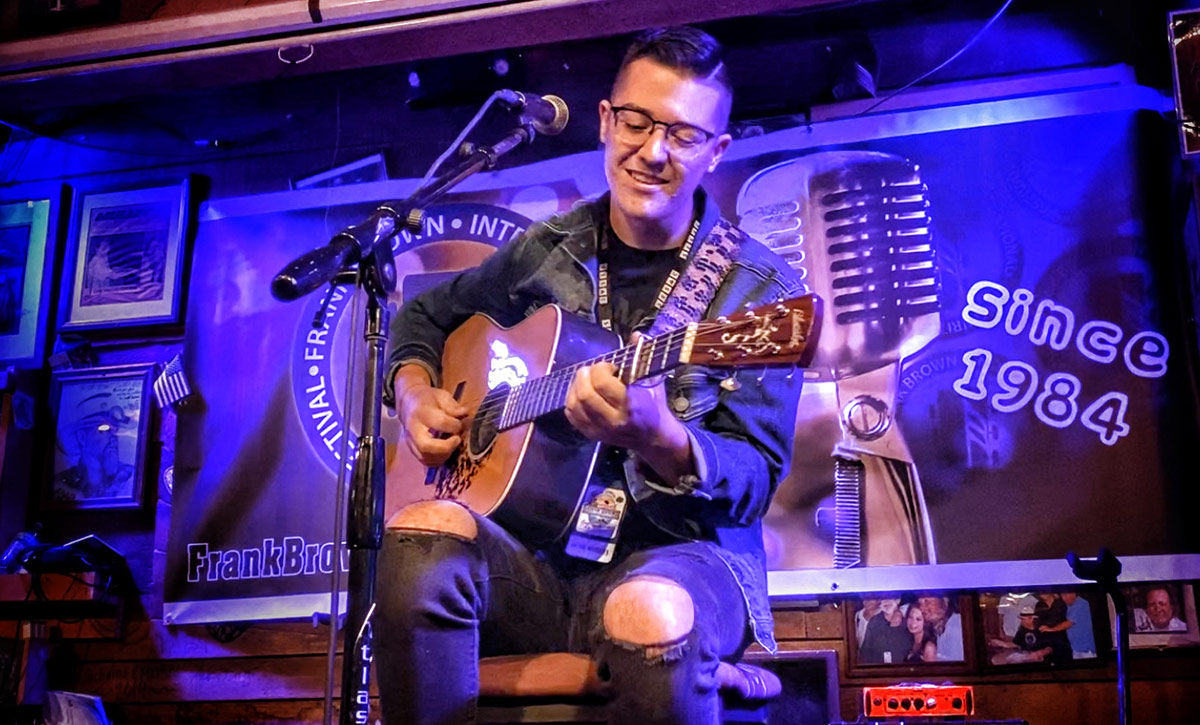 Isaac Moore is ranked among the greatest talents of country music and is only just beginning his long career in music.

Growing up in Indiana, the boy encountered traditional US sounds at the home of his grandparents at the tender age of two. Isaac listened to music cassettes and learned his first song by heart – “Over the Clouds of Glory” by John Burke & The Layman Trio. Only three years old, the cute little boy appeared on stage, singing at fundraisers and in coffee shops.
His excellent guitar technique Isaac owes to his teacher and mentor Carl Jackson without who the teenager wouldn’t be where he is today. Isaac is a real virtuoso on the guitar, the banjo, the mandolin – no matter, whether he plays bluegrass, gypsy jazz or traditional country or rock music.

Lately, he has toured all of America, accompanied by his dad. His next destination? Nashville. Isaac states that “naturally, playing in this town is the ultimate dream of every country musician!”