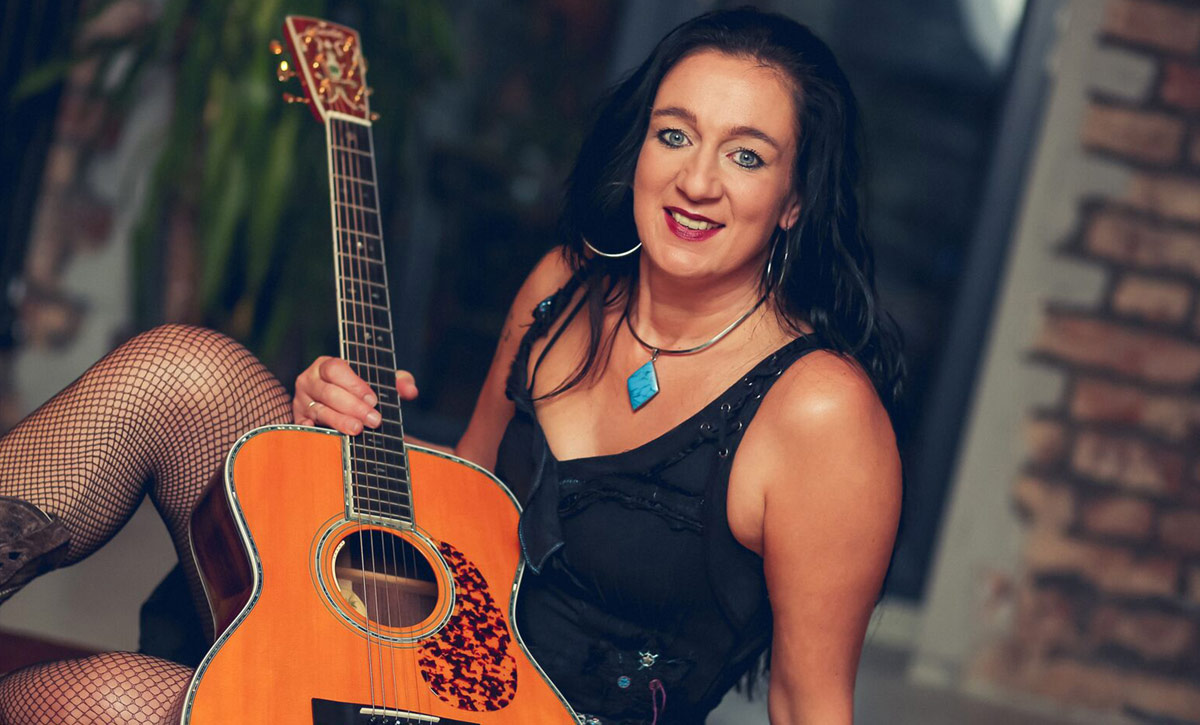 A promising musical career began at a family celebration in Cologne. Jolina Carl discovered an old guitar in relatives and thus a love of music. The awkward plucking of the guitar was followed by many years of self-study on guitar and singing, various bands of different music styles, singing training and countless stage appearances. Jolina Carl is now one of the most successful artists of country music artists in Germany.

With her debut album she got off to a flying start in 2009 and has been an integral part of the German country scene ever since. In her productions she works with musicians from the first guard of Nashville. In March 2018, for example, her fourth studio album “Forward Back Home” was released, which she recorded in Nashville with first-class musicians. This album is her most personal so far and tells stories about her late father, her experiences around the legend Johnny Cash and shows a review of her musical career so far. This album can hardly be classified in a musical category and goes from bluegrass to funk to traditional country music.

Jolina Carl is also known beyond the borders. She was the first and only non-American to appear at the legendary “National Cowboy Symposium” in Lubbock, Texas, where she was initially considered more than critical by the local musicians. However, it quickly became clear that the German singer lived American country music. In Nashville, she was the only non-American to be among the top five in the “Female Vocalist Of The Year” category at the coveted “Nashville Universe Awards” in 2015. In 2016, Jolina was given the honor of reopening the small stage, which was formerly operated by Johnny Cash in Bon Aqua, as the main act after 35 years as part of a USA tour. In 2017 there was again a USA tour with concerts in the legendary locations Nashville and on the “Hideaway Farm” by Johnny Cash.

Anyone who has ever seen Jolina Carl live knows that she sings with conviction and transfers her passion and feeling to her audience. As a trained singer, Jolina speaks to the audience through the music. It convinces with a lot of charm, charisma and a wide repertoire. Whether it’s the soulful country ballad from your own pen, the traditional classic or the hard rock song, Jolina masters her voice.