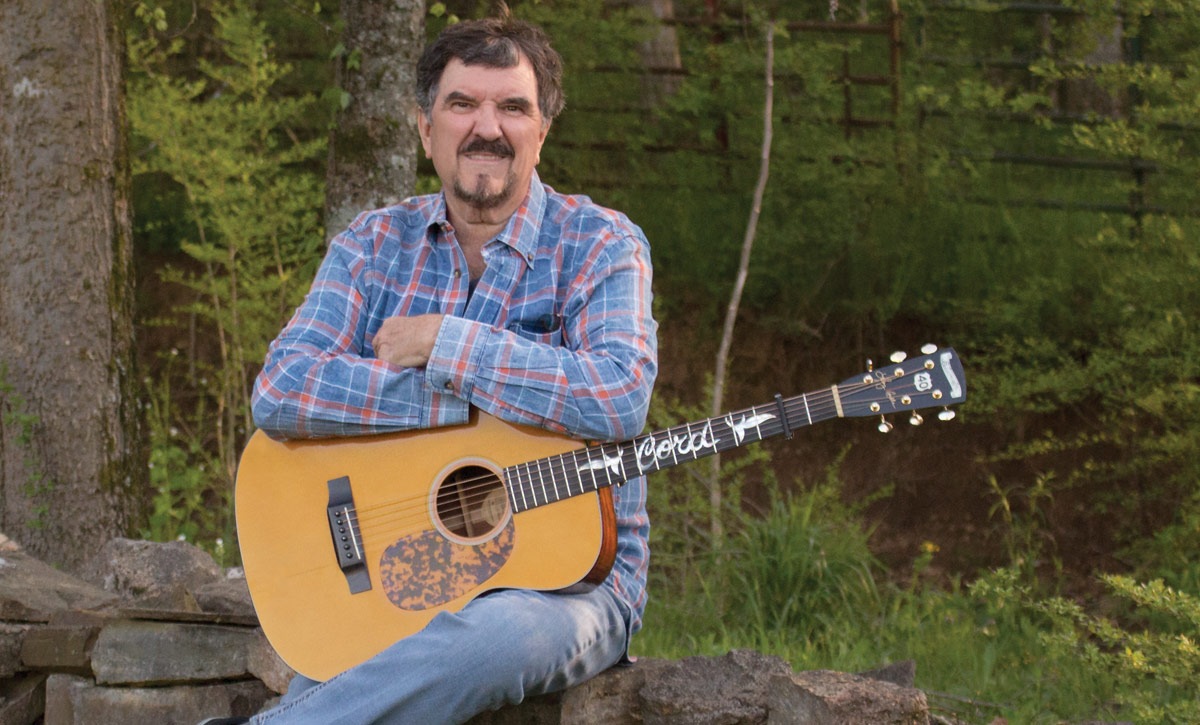 Larry Cordle was born and raised on a small family farm in eastern Kentucky. While a young child he was introduced to bluegrass, country, and gospel music, by his great grandfather Harry Bryant, an old-time claw hammer banjo stylist, fiddle player and dancer. He recounts, “Mom said I could sing I’ll Fly Away, all the way through when I was two years old!” Cordle fondly remembers this early influence by pointing out, “We lived so far away from everything that we had to make our own entertainment. Papaw would get the fiddle out in the evenings sometimes and play and dance for us. Just as soon as I was old enough to try to learn to play I did so and kinda seconded after him on the guitar. He ran an old country store and I spent many happy hours in there with him playing, talking about and listening to music. It was our escape into another world, something we grew up with and looked so forward to. I was always happiest when we were in a jam session.”

After graduating from high school, Cordle spent four years in the Navy and after being honorably discharged, attended Morehead State University, receiving a bachelor’s degree in accounting. “I just didn’t see how I could ever make a living doing only music,” he explains, so, I worked for a CPA firm during the day and played in clubs at night”. All the while, Larry desperately wanted to devote all of his time to music, but his commitments would remain divided, until writing a song, that changed everything for the aspiring young Singer-Songwriter.

Eastern Kentucky was not only home for Cordle, but also for his childhood friend and neighbor, musical prodigy, Ricky Skaggs. Upon hearing Cordle’s new song, “Highway 40 Blues”, Ricky promised that he would one day record it. In the summer of 1983, it was the number one song in the nation, helping to launch Larry’s songwriting career and skyrocketing Skaggs’ already solid country music career.

In 1985, at Ricky’s urging, Cordle, by now out of the accounting business and back playing nightclubs again, gave up the security of a full-time gig to move to Nashville and become a staff songwriter for Ricky’s new company, Amanda-Lin Music, with whom he (Ricky) had wisely partnered, with Lawrence Welk’s mega successful publishing company, Welk Music. “Two hundred bucks a week,” Cord laughs, “that wouldn’t go far these days but I made myself a promise that if I ever got a chance, one foot inside the door, that I was gonna work my behind off, as hard as I could to stay inside of it. I met people there at Welk… Jim Rushing, Carl Jackson, Lionel Delmore, Johnny Russell, Dickey Lee, Bob McDill, countless others, and learned what it was gonna take to be a ‘real’ songwriter from them.” They taught me the ropes and I had the talent God gave me, some incredible luck and much love, help and encouragement from my peers and my family.

At last count, Cordle’s songs had appeared on projects that had to date sold a combined total of more than 55 million records, by artists such as Ricky Skaggs, Alison Krauss, Rhonda Vincent, Garth Brooks, George Strait, Trisha Yearwood, Reba McEntire, Diamond Rio, Alan Jackson, Trace Adkins and many others.

Though songwriting took Larry to Nashville, his desire to perform never waned. With his band, Lonesome Standard Time, Cordle has the perfect platform to share his music with fans everywhere. In 1993, they won the IBMA Song of the Year Award for Lonesome Standard Time written by Larry Cordle & Jim Rushing and in 2000, took home the IBMA Song of the Year Award for one of his most popular songs of his career, “Murder On Music Row,” written by Larry Cordle & Larry Shell. The same year he received yet another IBMA Song of the Year nomination for “Black Diamond Strings” another co-write with Cordle and Shell.

In 2016, Cord had to put a hold on his latest all gospel album while he was undergoing chemo for leukemia, but was able to release Give Me Jesus in March 2017. This powerful album received a 2018 Grammy Nomination for Best Roots Gospel Album and a 2017 IBMA Gospel Recorded Event of the Year Nomination for the title track; a traditional tune arranged by Cord. He rounded up some of his closest friends to bring the album to life including Carl Jackson, Jerry Salley, Val Storey, Don Rigsby, Bradley Walker, Lethal Jackson Angie La Primm and Gail Mayes on vocals. Cord is now in remission.
Larry is a long-time resident of Nashville suburb, Hendersonville, Tennessee. He makes his home there with wife Wanda, and their daughter, Kelvey Christine but still enjoys the opportunity to make frequent trips back to his East Kentucky home place and his roots.