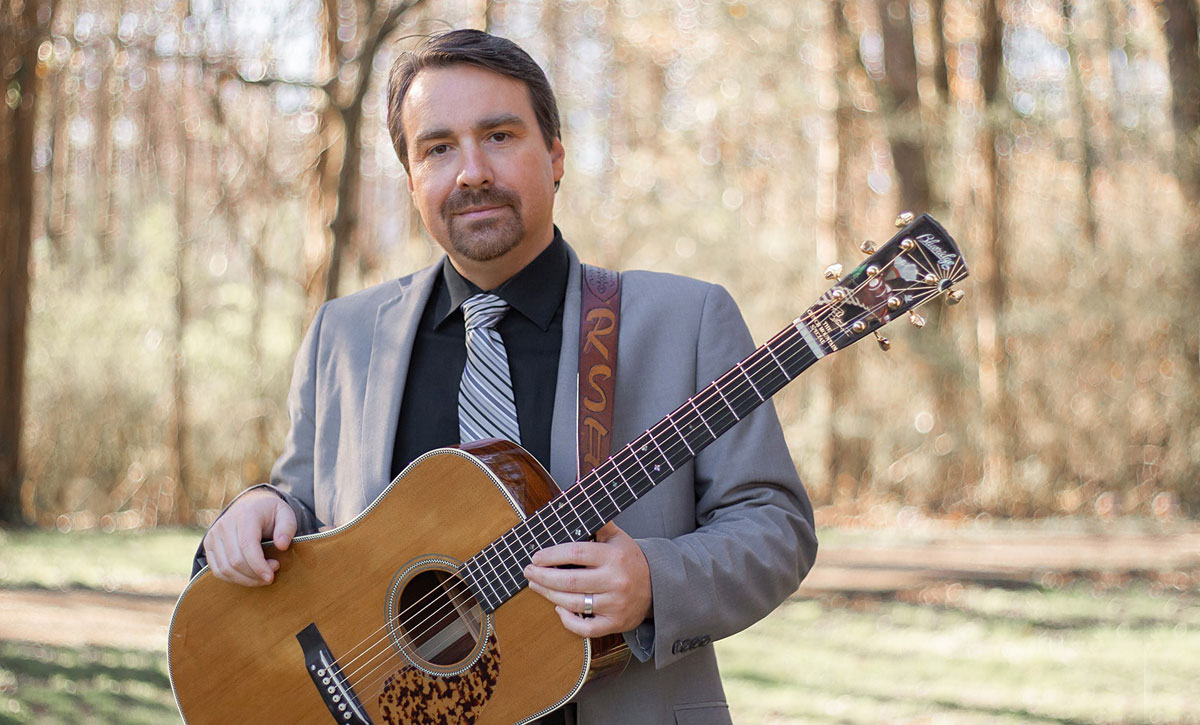 If you were to gather together an average cross-section of people and ask them if they thought it would be an advantage for a performer to be the child of a legend, most would probably conclude that it would have to be a definite plus. After all, the doors of opportunity would be quicker to open, and the spotlight of public attention that so many artists spend years trying to cultivate would be yours because…well…just because.

Famous by default, so to speak and doubtless those are real, tangible advantages. But then there’s the downside- pressure. The learning curve, the whole growth process with all its potential missteps and pitfalls, is a public document. Most artists get to take those perilous first steps of their careers in relative anonymity, a nameless face in the crowd. As one might expect for the son of a renowned banjo player, the first instrument Ralph II ever held was a banjo.

At the ripe old age of three, Ralph (or simply “Two” as he is called by his family and friends), had his first lesson from the elder Stanley, learning a simple finger roll. It turned out, however, that he would not be following in his father’s footsteps, when it came to choice of instrument. He soon fell under the spell of the undisputed king of boyhood musical desires, the guitar. He spotted one under his sister’s bed, and according to Ralph, “I wanted to play it. When I was five years old, I started with the guitar and I’ve been playing it ever since”. But despite his interest in the guitar, and the fact that he was occasionally traveling with the Clinch Mountain Boys on the road, he had not yet developed an ambition to play professionally.

It took until age twelve and an old 1977 video of the late Keith Whitley during his tenure as lead singer for the Clinch Mountain Boys, to inspire him to become a professional musician. After seeing Whitley with the elder Stanley, he was hooked and spent hours in the family basement honing his skills, and weathering the comparisons to his late Uncle Carter. His persistence paid off, and he took the stage as lead singer with Ralph Sr. and the Clinch Mountain Boys in June of 1995. Since then, he has earned the respect of Stanley fans everywhere, and has garnered praise as a strong new artist in his own right.

On May 26, 2017, Stanley Family Records released the self-titled album by Ralph Stanley & The Clinch Mountain Boys. This is the first recording released since Ralph II honored his father’s wishes by taking over the Clinch Mountain boys name. These big shoes are being filled by the talents of previous Clinch Mountain Boy John Rigsby on fiddle and mandolin, Alex Leach on banjo, Randall Hibbits on the upright bass, and Ralph II on guitar.

Ralph II has had 2 Grammy nominations on previous albums he recorded with Rebel Records. In 2002 he earned his first Grammy along with his father. Dr. Ralph Stanley for their collaboration with Jim Lauderdale on “Lost in the Lonesome Pines.” Ralph II has proven to be an accomplished songwriter and has 6 solo albums under his belt, along with the highly acclaimed duet album with his father titled “Side by Side.” When not traveling, Ralph II enjoys his time at home with his wife Kristi and their children Taylor and Ralph III.