For the past few years Saga Musical Instruments and Shubb Capos have co-sponsored at little get-together on Friday evening at the Winter NAMM Show in Anaheim. Nearly every year the main event is the Gypsy Jazz pyrotechnics of John Jorgenson, who amazingly keeps getting better and better.

My first exposure to the Gypsy experience came in an unusual way many years ago. In the mid 1960s I was playing the banjo much more than anything else and decided to take a “time out” from college (before I flunked out). I wound up in Southern Germany, right on the Swiss border working as a mailman in the town of Konstanz. My trainer was Georg, an old Alsatian veteran of the French Foreign Legion who had come out of Vietnam sounding like a travel agent… 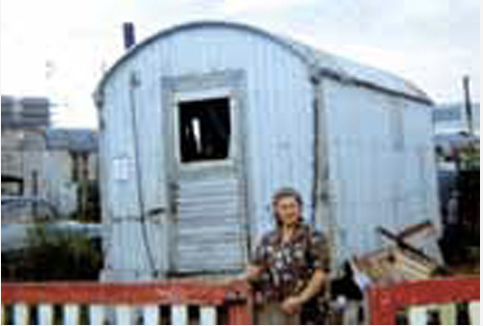 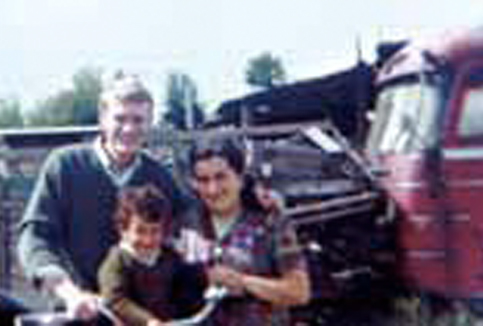 Aaaach. Richard, die Frauen sind soooooo schön!!! Although my draft board had other ideas, my travel plans at that point of my life did not have Vietnam at the top of the list. Being the new guy in town my mail route was the largest in Konstanz—stretching from the Hindenberg Strasse where hundreds of World War II widows had government subsidized apartments, past the rows of barracks where the Turkish “guest workers” lived, out beyond the Department of Public Works and finally ending at Wohnwagen Platz.

I knew the translation for Wohnwagen Platz came out something like “House Trailer Plaza” but there was really more to it than that. Because it was so far out of town Georg would collect the mail and then once a week or so make a delivery. (Much better than the previous mailman who would toss the mail over the fence when he pedaled by!) Most of the people who lived there were Zigeuner…a quick look in the dictionary made me realize that we were heading for a Gypsy Camp. My chewing gum source stands at the door of her Caravan… Saga future boss brings home the Roma Mail… Wohnwagen Platz in Konstanz am Bodensee. It was quite a scene when we arrived—people running out of the unnumbered caravans into a clearing in the center of the camp as Georg introduced me and then read off the name on each envelope. It was mail call in Wohnwagen Platz! After my training was over I changed Georg’s schedule a little and went out there every day.
My clients thought that it was just great to have a real American mailman and took the chance to ply me with chewing gum (the Americans in movies always chew gum, right?) and as weekends approached out came the fiddles, guitars…and the wine. It didn’t take them long to figure me out! On my last day on the job before returning home to America there was a big party scheduled at the Post Office and the honoree was way, way late. When he finally arrived he was in very poor condition. Those Gypsies in the Wohnwagen Platz had gotten to him first! The mailmen all agreed that it was the first time they had ever heard of a party for a mailman sponsored by the Gypsies of Wohnwagen Platz!