We have just returned from the annual Shanghai Music Fair. Each of the trade shows in our industry has its own particular flavor and Shanghai is no exception — have you ever tasted a thousand-year-old egg? They are actually only a month or two old but it makes you wonder who got the idea to soak perfectly good eggs in horse urine and then bury the concoction in the ground for an extended period. Even more interesting, I suppose is that someone then suggested, “Let’s see how they taste!!” Well he survived and so did I, but the aftertaste of the fair lingers on. In spite of the economic turmoil in the world financial markets, most factories in Asia seem to be producing at (or horror of horrors, over!) full capacity.

The Musical Instrument Industry is still hot. If you are not getting your share of the heat, I suggest that you take a peak inside this latest edition of the Retail Music News. There is plenty of firepower inside these pages. After the Shanghai Show I made a quick stopover in Japan. The scene at 6:30 in the evening at the Tokyo/ Narita airport was astonishing. There was no one there! A bowling ball rolled through the arrival area wouldn’t have hit anyone! 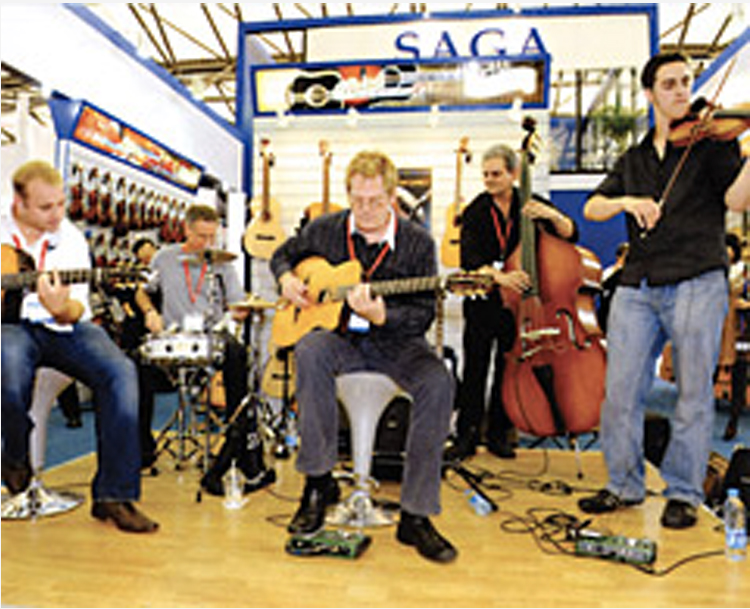 Outside the circling shuttle buses were empty. Now here’s an economy that is in the tank! Twelve years of recession, doctored by the poison pills of trade restriction, subsides, and governmental bailouts have taken a terrible toll. Let’s hope that we’re not heading down the same road!