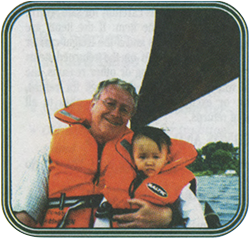 A question that comes up quite frequently is, where does the name “Saga” come from and why do we have a ship as our logo. Many of our friends in Japan are convinced that we are really a Japanese company (we did have an office in Nagoya,) or that we are named after Saga Prefecture on the southern Japanese island of Kyushu. A few people in China believe that we are really a Chinese company. (“Sha-Gùa” means crazy in Chinese!!) We do have an office in Shanghai, but… 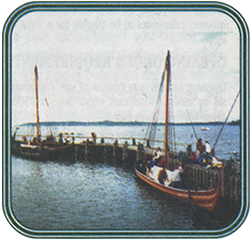 It’s actually all about Vikings! A “Saga” is an epic story told about heroes of ancient Scandinavia. The Kjeldsen family emigrated from Saltum and Arentsminde on the coast of Northwestern Jutland in Denmark, and became loyal Americans, but we have never forgotten our Viking roots.   And the ship… well it is not just any ship… it is a Viking ship from the 9th century Danish coin found some years ago on the Danish island of Fyn. Somehow it seems nice to have a logo with a history of over 1,000 years!

The Vikings, of course, did their fair share of conquering and pillaging, but were just as famous for their trading skills. From Greenland and Newfoundland in the West to Constantinople and beyond in the East, Viking traders were there and we still are! Here at Saga Musical Instruments we all have the Viking spirit no matter where our ancestors came from. Give us a call toll free at 1-800 289-7242!