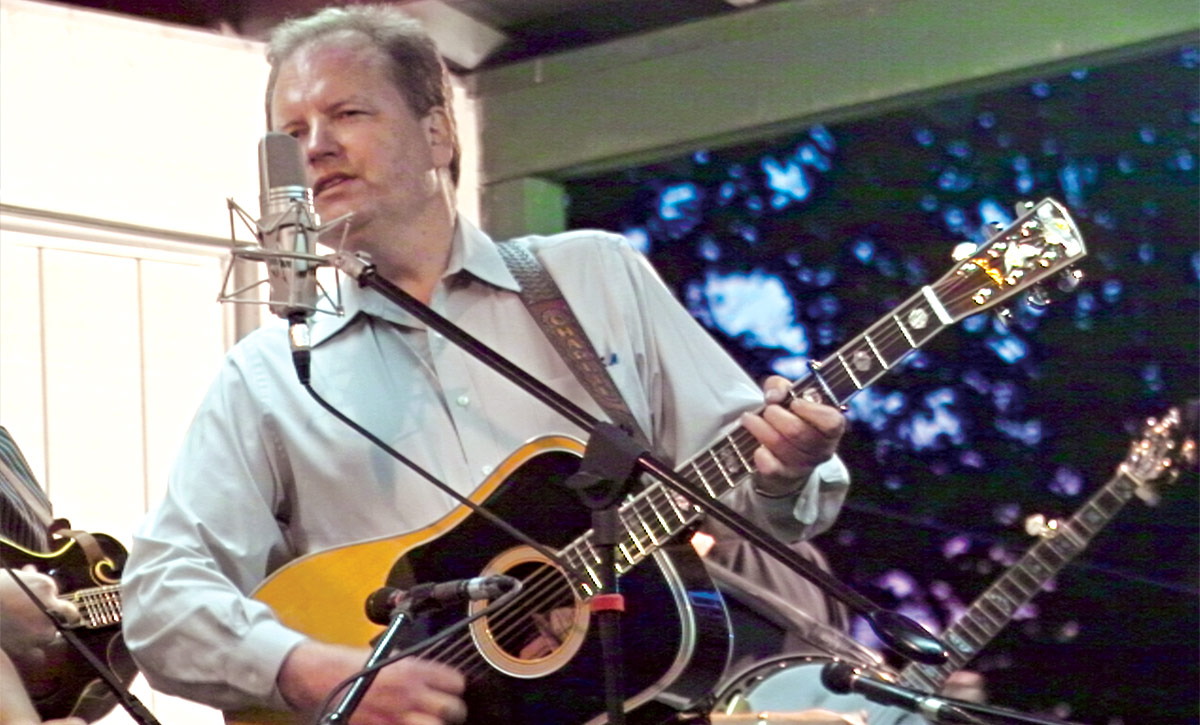 “I’m just a fellow from the hills who got lucky.” – Charlie Sizemore

In addition to being one of bluegrass music’s most distinctive and expressive vocal stylists, Charlie Sizemore is also recognized as being one of its most literate and thoughtful songwriters, with impeccable taste in choosing lesser-known, under-appreciated, well-written tunes by other writers. Based in Nashville, where he runs a successful law practice, Sizemore has moved a long way from his roots in eastern Kentucky, on Puncheon Creek, in the state’s quintessentially Appalachian county, Magoffin. In other ways, however, he is as deeply close as ever, as connected to the sources of his musical inspiration as when he joined Ralph Stanley’s Clinch Mountain Boys at age seventeen, replacing the late Keith Whitley, for the next nine and a half years.

“Charlie Sizemore gave me nine and one half years of honest and dependable service as lead singer in the late seventies and early eighties,” Stanley reflects today. “He was one of my top lead singers that I have had through the years. Charlie knows music and knows how to make it right.”
Not only did Sizemore give his boss Ralph Stanley “honest and dependable service,” but during that time all of Sizemore’s earlier experience and influences paid off and led to the creation of one of the most subtle and sophisticated styles of lead singing in bluegrass today. His remarkable tone and understated attack underpin the notion that he is truly a singer’s singer, possessed of exquisite taste and feeling.
Within a month of leaving the Clinch Mountain Boys, Sizemore enrolled at the University of Kentucky, and after matriculating attended graduate school in history at Middle Tennessee State University for a while before switching paths and moving to Nashville. Here he earned his law degree and passed the Tennessee bar exam. (He later would become licensed in his home state of Kentucky as well.)
By that time, he had married and started a family, with two small children, and he felt that the legal profession would be a more dependable way to support them. As the years passed, however, he grew restless and began the Charlie Sizemore Band.
Along the way he recorded a series of highly-acclaimed bluegrass albums, chief among them (and perhaps his most personal) In My View as well as a full-length album of Tom T. Hall songs. He had also married and started a family, with two small children. Just prior to graduating from law school while at the same time working for a Nashville law firm, he took a sabbatical from the road in late 1998. “I don’t feel like I was all that busy,” he remembers, “I was having a great time. I enjoyed everything I did. The problem is I was never home and when I was my nose was in a book. I wanted to see my kids grow up.”

In 2008, his album GOOD NEWS was released, his first for Rounder Records. He had indeed been missed during his lengthy hiatus from the previous few years while he was devoted to building his law practice and raising his family. He nonetheless made time to collaborate with co-producer – “co-equal” Charlie calls him – Buddy Cannon to make Good News. Of Buddy’s contribution to GOOD NEWS, Sizemore says, with typical Sizemore modesty, “it simply could not have been done without him.”

Cannon himself returns the favor and says straightforwardly that no one else’s voice makes him feel the way Charlie’s does. Putting their heads together, the two came up with a sterling set of songs, each memorable in its own right, including some new Sizemore originals and some tunes that are favorites of Charlie’s going back several years. Sizemore’s goal was “to make a record that sounds like the records I liked growing up” – to capture the vibrancy and “aliveness” that he first heard in recordings of Red Allen, the Stanley Brothers, and Flatt & Scruggs. Doing so represented a huge leap of faith for a perfectionist with obsessive tendencies in the studio like Sizemore, but one which ultimately brought out the best in singers, players, and producers.
More modestly, however, this was a record made “live,” and with minimal pressure; it’s the quickest record Sizemore has made since his younger days of recording with Ralph Stanley. “Silver Bugle,” a song drawn from local Puncheon Creek Civil War lore, is an idea Sizemore has carried around with him for fifteen years. Written with Tom T. and Dixie Hall, it has already become a favorite in his live performances. Cannon and Sizemore wrote “I Won’t Be Far From Here,” inspired by an old necktie of Carter Stanley’s placed by their side while they were writing the song, virtually channeling the feel of the late Carter Stanley’s songs.
The many musical highlights of GOOD NEWS amply testify to the richness and depth of Sizemore’s influences and background, from playing music with his father in a band lead by local east Kentucky musician/showman Lum Patton to his time with Melvin Goins prior to joining Ralph Stanley’s Clinch Mountain Boys, and then going off to form his own band and make his own recordings. To this day, Charlie takes with him the spirit of humble perseverance and dedication set forth by his heroes — mountain men at heart who were true to their word, worked diligently, and endlessly honed their craft. ” Alison’s Band,” a song on the album where Sizemore, perhaps tongue in cheek, laments being unable to convince Ms. Krauss to hire him, spent three months at #1 on Bluegrass Unlimited’s National Survey and was nominated for IBMA song of the year.

On February 15, 2011, Rounder Records released Charlie Sizemore’s HEARTACHE LOOKING FOR A HOME. While Sizemore didn’t write any of the 14 songs on the new album, there’s a common thread of restlessness, of yearning, in the material chosen so carefully. The people in these songs are all seeking comfort, some momentary peace, in a lover’s arms in “Down in the Quarter,” in a glass of “Red Wicked Wine” or in fantasies of unobtainable women — in the movies (“Ashley Judd“) or the apartment upstairs (“Walking the Floor Over Me.”). And while this isn’t a concept album, our restless soul finds peace at last, closing with “Crossing Over Into the Valley,” a love song of homecoming to the Shenandoah Valley: “Sweet sanctuary, welcome me in.”

Charlie is joined on this album by the four like-minded musicians in The Charlie Sizemore Band — banjo player Josh McMurray, resonator guitarist Matt DeSpain, mandolinist Danny Barnes and bassist John Pennell. There’s no flash-for-flash-sake. All play with the same restrained soulfulness that’s a Sizemore trademark. Even as he reaches beyond bluegrass for material, his Charlie Sizemore Band remains firmly rooted in the sound he was raised on. “It could be my years with Ralph, but I’ve never thought of us as anything but a traditional bluegrass band.”
HEARTACHE LOOKING FOR A HOME covers lots of ground, musically and geographically, which suits Charlie just fine. “I don’t want to make the record I made previously. I just try to keep it interesting for me.