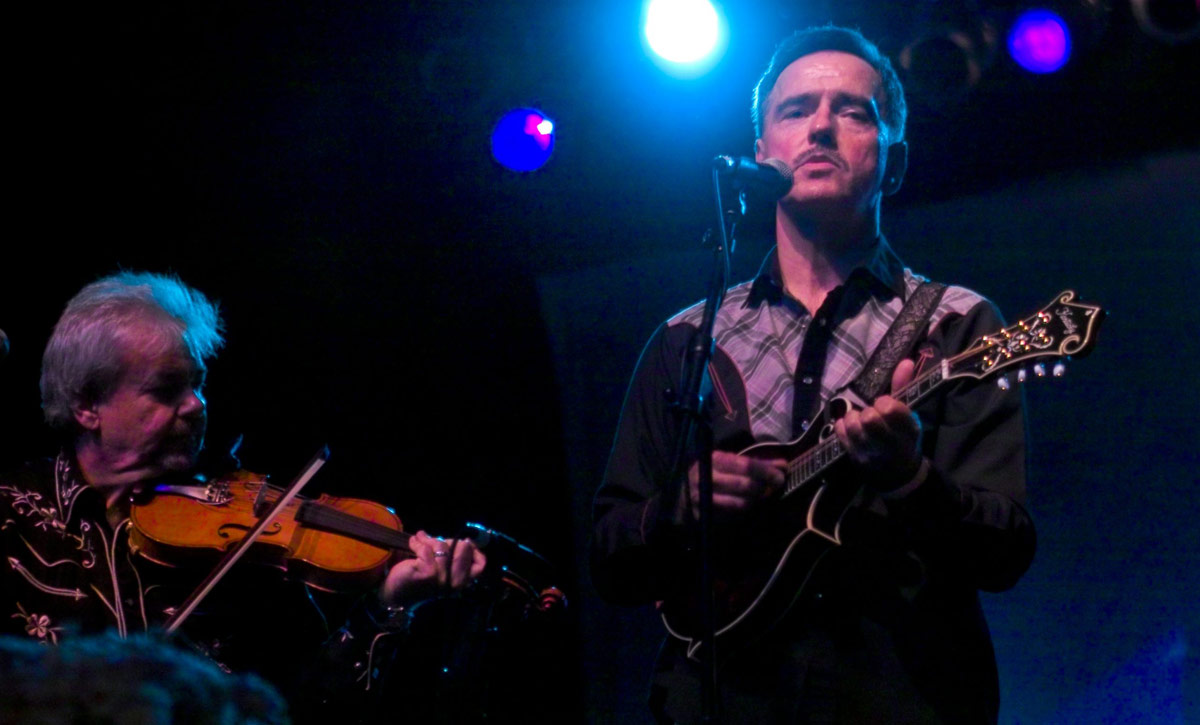 Jimmy Gaudreau has long been regarded as one of the top bluegrass performers in the world. Since getting the call in 1969 to move to the Washington, DC area from his native Rhode Island and join the legendary Country Gentlemen, he has performed with a veritable Who’s Who of bluegrass bands and earned a reputation as a mandolin maverick with a sound and a style all his own.

Jimmy got his start as a professional musician during his high school days, playing electric guitar in his band Jimmy G & the Jaguars. The band played for dances and had a regular Saturday night gig at his uncle’s restaurant along the Rhode Island beaches.

When the folk boom was in full swing in the ’60s, Jimmy found himself interested in bluegrass music and the banjo. One evening, while attending a jam session, someone heard him singing tenor and told him he should be playing mandolin. He was offered one, figured out some simple chords, learned how to chop rhythm, and the rest is history.

In addition to two stints with the Country Gentlemen, Jimmy has also performed with JD Crowe and the New South, with The Tony Rice Unit (for 9 years), and with his own bands Country Store, Spectrum (with Bela Fleck), Chesapeake, and Auldridge, Bennett & Gaudreau. He was a member of the Country Gentlemen Reunion Band with Randy Waller, Eddie Adcock, and Tom Gray and was a part of Carolina Star with leader John Starling and bandmates Mike Auldridge, Rickie Simpkins, and Tom Gray. He joined Robin & Linda Williams and Jim Watson as part of the Fine Group for several years. He’s also performed in duos with Bill Clifton, Jack Lawrence, and Orrin Star and still plays with Orrin on occasion.

Jimmy’s main gig for the past several years has been with Moondi Klein, former lead singer in Chesapeake. They have produced two criticallly aclaimed projects on Rebel Records, 2:10 Train and Home From the Mill, and have just released their 3rd project (also on Rebel Records), If I Had A Boat. Jimmy has always enjoyed performing with excellent vocalists and Moondi is no exception. They complement each other instrumentally on mandolin, guitar, octave mandolin, and mandola. In addition to their duo work, Jimmy & Moondi have performed as an opening act for Emmylou Harris and with Jonathan Edwards.

In 2005, Jimmy was inducted into the Society for the Preservation of Bluegrass Music in America’s “Hall of Greats”.