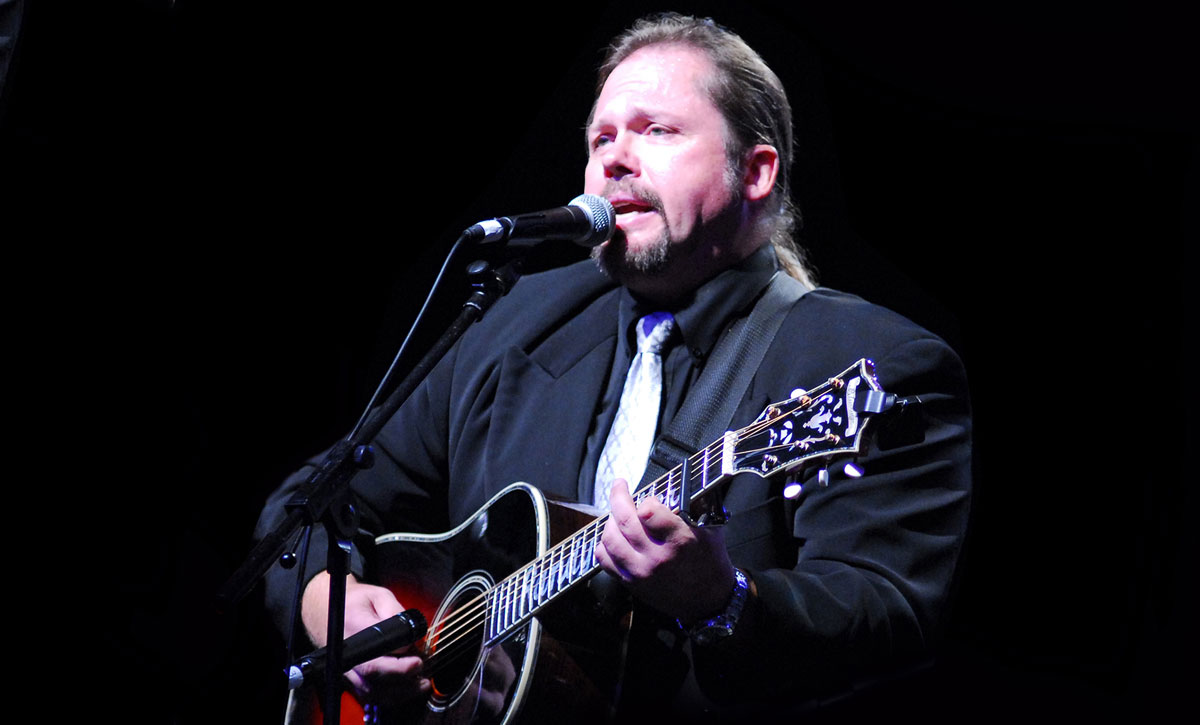 Born in Washington , DC in 1959, Randy grew up surrounded by the music of the Country Gentlemen. Those musicians were like family to me,” he says of giants like Eddie Adcock, Jimmy Gaudreau, Bill Yates, Ricky Skaggs, Jerry Douglas and Doyle Lawson. Spending the school year on a farm with his father’s sister in Tennessee , he traveled the roads with his dad in the summers, soaking up groundbreaking music and learning the rigors of life in a traveling bluegrass band. When he finished his schooling, he chose to make his living outside of bluegrass, developing a solo career that found him opening for major country acts, fronting regional country and country-rock bands and teaching guitar in Richmond , Virginia – an experience that immersed him in the musical world of his generational peers.

Yet in the end, Randy Waller came back to his bluegrass family. “Daddy’s Old Guitar,” the emotional center of Randy Waller , tells the story: how Charlie Waller fulfilled on Christmas Day of 2002 the promise he’d made to his son in 1963 by giving him his 1937 D28 herringbone guitar. “I figured I’d better get out there and start playing it,” Randy says with a smile, “so I started playing with him and the Country Gentlemen in 2003.” Within months, fans moved by his stunning solo performance of “Old Rugged Cross” were asking for recordings, and the idea for the CD was born.

To make Randy Waller , the singer/guitarist/songwriter turned first to members of his Country Gentlemen “family,” bringing Jimmy Gaudreau in to play mandolin and mandola and Eddie and Martha Adcock to provide harmonies and recruiting Mike Moore, a friend from his teenaged years, to play bass. Award-winning banjo man Sammy Shelor (Lonesome River Band) and fiddler Aubrey Haynie came on board at the recommendation of recording engineer Tim Austin ; “they were a godsend,” Randy says.

Anchored by “Daddy’s Old Guitar” and “Old Rugged Cross,” the disc provides irrefutable evidence of the explosive combination of family legacy and individual experience, as Waller sets his own compositions alongside those of powerful writers like Carl Jackson and songs like “This Ol’ Cowboy” (Marshall Tucker Band) and “Give It Up Or Let Me Go” (Bonnie Raitt) that bring the transformative genius of the Country Gentlemen (who translated rock songs like “Fox On The Run” into bluegrass classics) into the 21 st century.

“My dad told me about the first time he heard me play the guitar when I was a kid; he was in the bathroom shaving, and all of a sudden he heard me play that Lester Flatt G run. He says he cut himself, it surprised him so much,” Randy Waller says with a laugh. So be advised: stay away from sharp objects the first time you give Randy Waller a spin. If you haven’t heard him yet, I guarantee you, too, are going to be surprised.