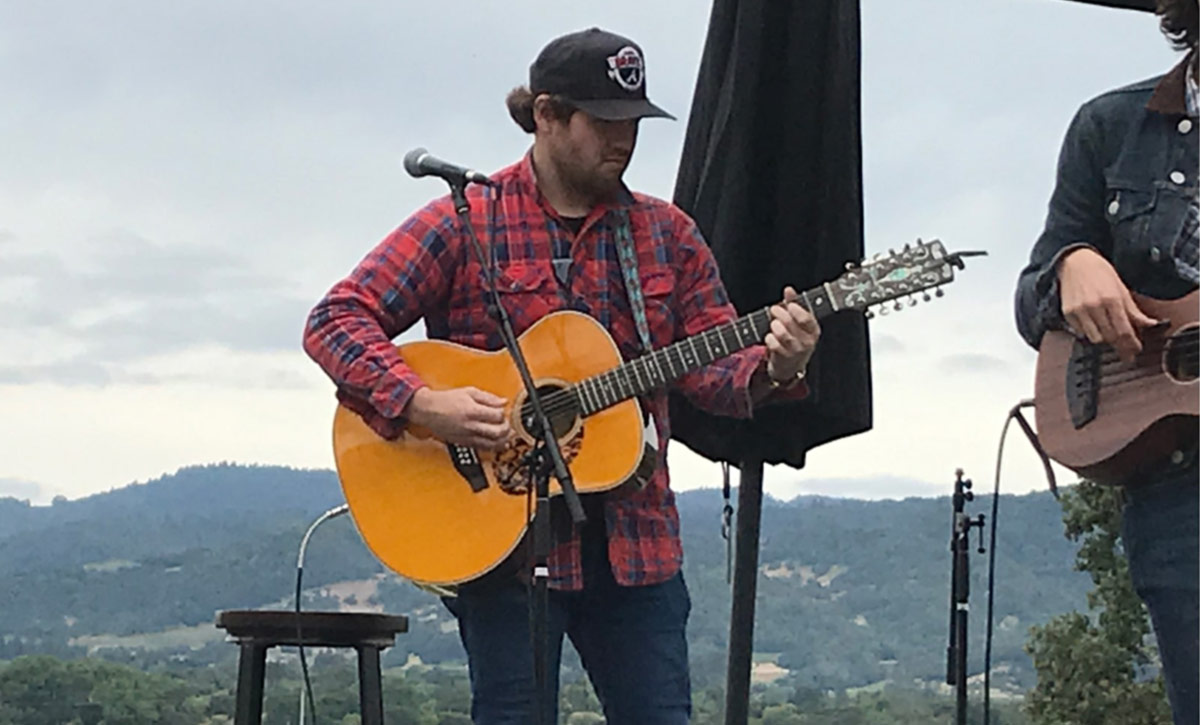 One singer might be a force, but five is a family. It’s impossible to deny: there’s just something about the power of a band, where songs form a bond thicker than blood, which speaks to so many different corners of the music lover’s heart. That experience is at the core of LANCO – singer and lyricist Brandon Lancaster, Chandler Baldwin (bass guitar), Jared Hampton (keyboards), Tripp Howell (drums) and Eric Steedly (guitar) – and their version of modern country that’s fit for arenas but sounds equally sweet on the jukebox of a local honkytonk. It’s a collective effort from five artists with solid southern roots that rocks and twangs equally, making songs like “Greatest Love Story,” their hit single, resonate like few others: one part classic, one part cutting edge and completely honest.

“A song like ‘Greatest Love Story’ defines the reason we are in country music,” says Lancaster. “We all relate to it. Anyone who knows about finding love or losing love, there is a piece of their story in the song. We’ve already seen how much it impacts people, and it means the world.” “Greatest Love Story,” is pure LANCO, showcasing Lancaster’s smooth vocals alongside the band’s infectious melodies. Anchored by lush acoustic guitar, a thumping drumbeat and hints of John Mellencamp-style rock, it’s the kind of song that makes the listener optimistic about love – and the future of country music.

In a few short years, LANCO has gone from playing to audiences of thirty to playing festivals like Bonnaroo and Stagecoach, in a story that could have only formed in the south. A native to the Nashville area, Lancaster started writing songs in his early teenage years – and, growing up in Tennessee, country music was as intrinsic to his childhood as skyscrapers are to New York City. “It’s weird to say that country is an influence, because it was almost a part of growing up,” says Lancaster, whose father made sure to school him on southern rock, too. “It was the most prevalent thing going on.” But Lancaster was also a sponge, devouring vinyl as fast as iTunes and listening to everything from Kings of Leon to Keith Urban and Bob Dylan, deconstructing what makes a band great, a lyric powerful and melody unforgettable.

It was in college where Lancaster met his band mates, all on a search to meld their country background with a wide ranging appreciation of music from all genres: from Steedly’s taste for Stevie Ray Vaughan to Howell’s love of hip-hop. At the root, though, was always country music. “There’s a reason we are in country music.” Indeed, nothing can get them going like a good Alabama or Willie Nelson song. “We’re just five guys with different influences trying to make music the way our heroes did for us,” adds Steedly.

It was another hero that helped create one of LANCO’s most iconic moments. At a concert one night – where he was working concessions at the hotdog stand – Lancaster mustered up the courage to stop producer Jay Joyce (Eric Church, Brothers Osborne, Cage the Elephant) – not looking for anything but to tell him he was a true fan, still in his uniform and name tag. The encounter lead to Lancaster leaving with Joyce’s number, but it was weeks later when he finally threw caution to wind and gave him a call. Joyce asked him what he wanted in life, point blank. “I said, ‘I want to be an artist, I want to be a songwriter, and I’m going to keep working at the hotdog stand until I do.’ He said, ‘OK, come over to my studio tomorrow at 3:30 p.m.’” Lancaster was floored, and the five members of LANCO showed up the next day armed with their instruments and an arsenal of songs.

The result is LANCO’s self-titled four-song debut EP, which Joyce produced. From the classic southern swagger of “Trouble Maker” to the confessional anthem of “We Do,” the band doesn’t see boundaries – just a love for honest songs and music that pushes the genre forward without ever losing sight of where its been. It’s an approach that is even clearer in their live shows, which are some of the most dynamic concert experiences around. “We’re never afraid to make the most of a moment,” says Lancaster. “Other people stand on stage, but we’re going to jump in the crowd, kick a drum set over. We never want to have any boundaries.”

There are no boundaries, either, when it comes to the people they touch: LANCO is short for the band’s original name, “Lancaster Company,” which was meant to not only include each other, but each and every fan connects to their songs. “There is a culture to LANCO,” says Hampton. “We do this because we love country music, but also because everything we feel and sing about, someone else does too. That’s the biggest power there is.” “It’s just five guys,” adds Lancaster, “being as honest as we can be.”